the end of the day 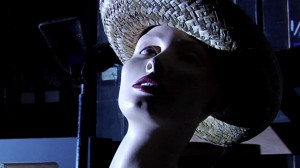 What do you do at the end of your day?

This is a short film some friends and I made way back in the year called 2006 during one of those “create an entire film from scratch in 36 hours” competitions.  You’re given a genre, line of dialogue and prop you must use.  The only thing we added after the event was original music (instead of stock) that my friend Pedro was kind enough to compose.  Everything else was done in a day and a half.  If you’re into filmmaking and haven’t done a weekend film contest, I highly recommend you do at least one as you’ll be surprised at what you can learn under that sort of pressure.  Extra credit to those that can spot the prop.

Written, Produced and Performed by:

Music by: Pedro Mendoza
Special thanks to Clegg and Son